Two charities benefit from sale of the Porsche 911 Sally Special 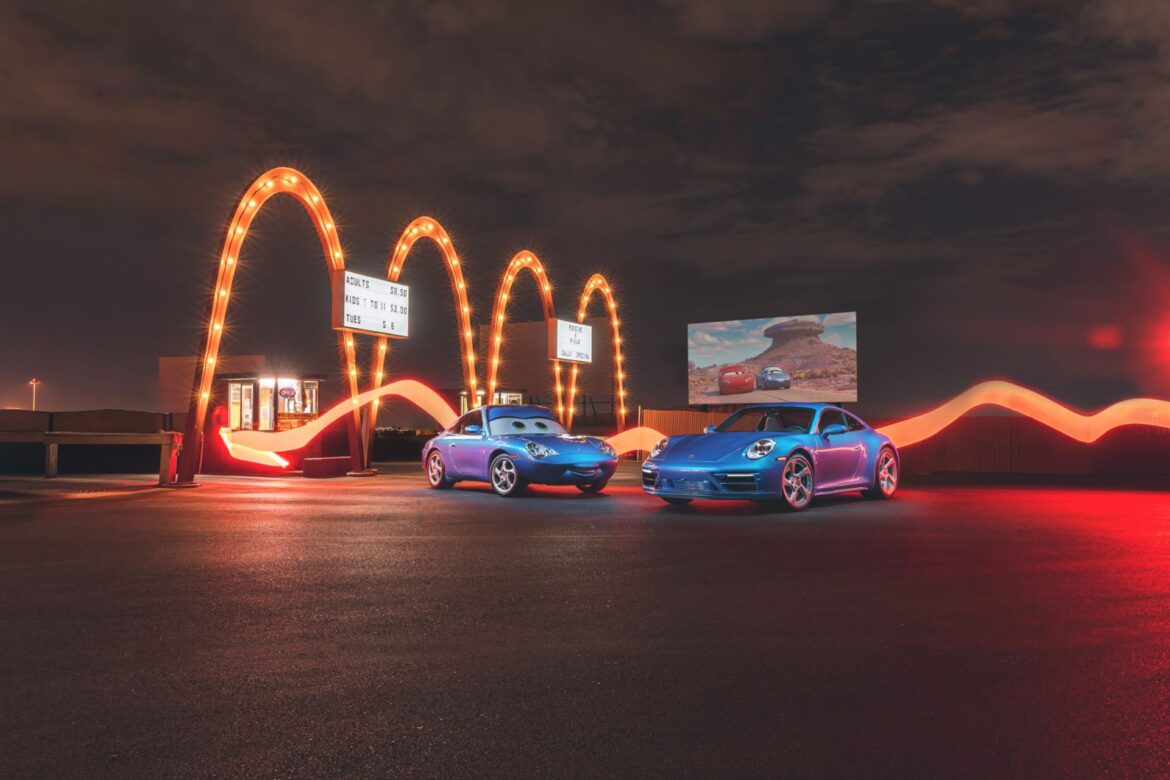 The Porsche 911 Sally Special sold at the RM Sotheby’s Monterey Auction for a record $3.6 million (auction hammer price). In the charged atmosphere of the packed bidding hall, the one-of-one car attracted significant interest, with the final winning offer coming from a telephone bidder. The price was a record for a new Porsche sold at auction, according to the auction house.

Two charities are the beneficiaries of the sale of the 911 Sally Special, with the entirety of the $3.6 million sale price being donated. Girls Inc. inspires all girls to be strong, smart, and bold through direct service and advocacy. A network of 76 local organizations, operating in over 1,600 sites across the United States and in Canada, equips girls with the knowledge and skills to effect positive changes in their lives and become leaders who will change the world.

“We are grateful to Porsche and to Pixar for their commitment to this project, which will directly benefit our work,” said Stephanie J. Hull, Ph.D., Girls Inc. President and CEO. “The character of Sally, and what she represents, is a great role model for young girls and it is fitting that she should be helping a new generation achieve their dreams.”

The project also supports USA for UNHCR, the UN Refugee Agency, which is working to provide urgent help to nearly 6.2 million refugees who have been displaced across Europe since the outbreak of war in Ukraine.

“The majority of those forced to flee Ukraine are women and children, among them unaccompanied children and those separated from their parents,” said Anne-Marie Grey, Executive Director and CEO of USA for UNHCR. “But there is reason to hope with the critical support of companies like Porsche and Pixar who have generously stepped up to help ensure their safety and protection in months to come.”

The sale reunited members of the original Cars team who created both the car in the Disney and Pixar film and the life-size Sally Carrera, based on a 2002 Porsche 911 Carrera. That team included actress Bonnie Hunt, the voice of Sally Carrera, Jay Ward, Creative Director of Franchise at Pixar Animation Studios, and Bob Pauley, who, as Production Designer for Cars, sketched Sally for the first time 20 years ago. They were joined by Kjell Gruner, President and CEO of Porsche Cars North America, Inc. (PCNA), and key members of Porsche Exclusive Manufaktur’s Sonderwunsch team including Alexander Fabig and Boris Apenbrink.

“I’d like to express my gratitude and profound congratulations to the winning bidder,” said Kjell Gruner, PCNA’s President and CEO. “This generous act has made a difference for two important charities and to the lives of those they’ll help. In return, I hope the bidder is very happy to have secured a special and unique piece of our and Pixar’s history.”

The 911 Sally Special was accompanied by a one-of-one Porsche Design custom-built Timepiece, designed specifically to match the unique configuration of this iconic sports car, with Sally Blue Metallic highlights and exclusive details created in collaboration with Pixar. An array of smaller items also accompanied the car – these included a second set of wheels presented in a bespoke rack as well as a fitted ‘Sally Special’ car cover and a book charting the creation of the car from beginning to end, incorporating original sketches from both Porsche and Pixar.

“What a night and what a result! It’s fantastic to see a car inspired by my character in Cars do so much good,” said Bonnie Hunt, who was on stage for the live bidding. “I’ve loved playing the role of Sally for the past 16 years, she has a special place in my heart, and it’s wonderful that her personality and values continue to inspire new generations today. The car looked amazing, and I know the team put their heart and souls into creating it. I am thrilled for the new owner who has something very special, and completely unique.”

“I know I speak for the whole Pixar team when I say how proud we are of not only the auction result but that the 911 Sally Special also raised awareness of the work of two incredible charities – Girls Inc. and USA for UNHCR, the UN Refugee Agency,” said Jay Ward, Creative Director of Franchise of Pixar Animation Studios.

“The reaction has been nothing short of amazing. A really special moment. The money raised will go directly to them, providing life-changing educational programs to young girls in the U.S. and relief for Ukrainian refugees affected by the war.”

Porsche interior designer Daniela Milošević led the team that worked with Pixar to design the new blue colour as well as the vehicle’s interior. “We were given complete freedom, which was great! In the film, Sally Carrera was a lawyer from California who valued style and elegance. At the same time, she was down-to-earth and fun-loving,” says Milošević.

“At the same time, it was important to us not to forget everyday usability and practicality. 911 Sally Special is meant to be driven often and gladly. We developed a special Pepita houndstooth fabric upholstery in three colours, combined with chalk-coloured leather and stitching in Speed Blue. Working out these details makes the project special and brings back a lot of memories of the movie and Sally Carrera.”

Sally Carrera’s Turbo-look rims were reinterpreted by Porsche designers in Weissach and manufactured especially for the 911 Sally Special. The ‘five-arm design’ rim was adapted to the 20-/21-inch wheel dimensions of the current 911 generation and creates a visual link to the 911 Type 996 on which Sally Carrera is based.

“The customisation elements are detailed and extensive. 911 Sally Special was one of the most intense, emotional and detailed Sonderwunsch projects our team has worked on. One example is that the car is painted in Sallybluemetallic, a custom paint that was hand-applied specifically for this project. We also thought of Sally’s tattoo, of course. Implementing that was a very special challenge,” explains Boris Apenbrink, Director Porsche Exclusive Manufaktur vehicles.