High praise for the Hyundai Palisade 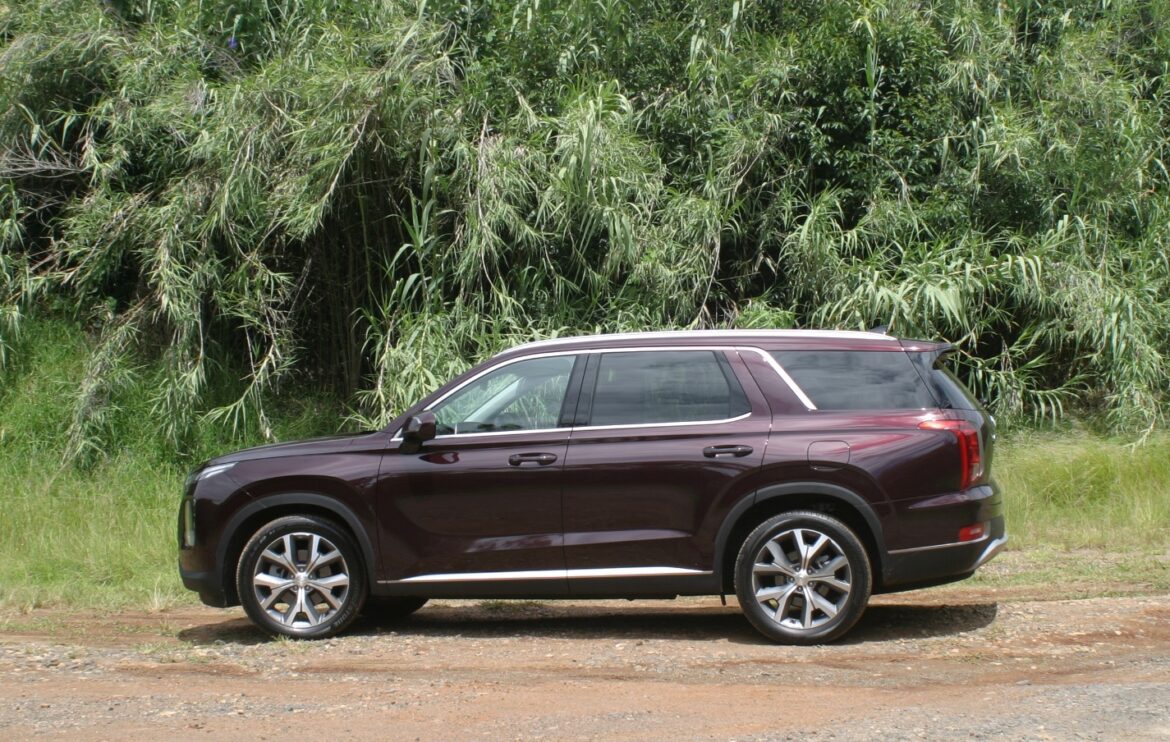 Do you need an eight seat SUV that won’t break the budget? Then I suggest you take a look at the Hyundai Palisade range. Starting at just $55,000 this large SUV has plenty to offer a large family. What impressed me the most was seating flexibility available in the Palisade Elite variant that I recently drove. From the driver’s seat all the way back to the third row and it’s not all that often that I can say that adults will fit in the third row of a SUV, but that is case for the Palisade.

Each grade in the three-model Palisade model line-up is offered with a choice of 3.8-litre V6 petrol 2WD or 2.2-litre turbo-diesel AWD, both with an eight-speed automatic. The Elite grade is the middle option and is available in seven- or eight-seater configuration. My Palisade was powered by the 3.8 litre V6 petrol, naturally aspirated GDi engine. This has a maximum power output of 217 kW and 355 Nm of torque with an official combined fuel use of 10.7L/100km and for my week I used 11.4L/100km. I found the ride to be easy to live with and in Sport mode the Palisade does offer decent acceleration. But as the petrol only comes with front-wheel drive there was some loss of traction from the front tyres under hard acceleration off the line. There are four Drive Modes available, Comfort, Eco, Sport, and Smart.

All Palisade models come with wired Apple CarPlay/Android Auto as standard and the Palisade Elite cabin features a 10.25-inch touchscreen multimedia unit with satellite navigation and 12-speaker Infinity Premium Audio, a single-panel glass sunroof, and wireless smartphone charging. The Palisade features the Passenger Talk button, which enables the driver to speak to back seat passengers without yelling and Quiet mode for the audio, so it is only played through the front speakers.

There are plenty of storage and charging options throughout the front of the cabin, although I found that the drink bottle storage in the front doors was awkwardly shaped and not suitable for a large drink bottle. Under the sliding cover of the centre console there are two cup holders that can be opened and closed to make this space larger and it also has a removeable rubber mat for easy cleaning. In addition to wireless charger and USB port adjacent to the cup holders, there is a 12V outlet under the arm rest in a space large enough for a soft hand bag. Under the centre console is another USB port and 12V outlet with a large storage ledge.

But it is in the second and third row of the Palisade is where this SUV excels. To start with I liked in the second row that there was no transmission tunnel and a mat that covered the entire floor, so less wear and tear on the carpet. The second row has a 60:40 split, allowing each to be manually adjusted for recline and forward/back movement. On the side of the seats there is a button that enables you to slide the seat forward so that you can access the third row. It may even be possible to have a car seat in place and still be able to slide the seat forward to access the third row, not something that every three row SUV can achieve.

The second row has two ISOFIX/three rear tether child seat restraint points and with careful selection you would be able to fit three car seats across the second row. At a pinch there is even enough room for three adults to fit in the second row and even with the second row forward to accommodate the third row passengers there is still enough leg room for adults and head room is ample.

If not in use the middle seat can be folded down as an arm rest with three rigid drink holders at the front of it. In the door arm rests there are another two drink holders, with further storage for medium sized drink bottles in the lower door cubby as well.

For device charging there is one 12V outlet below the rear climate controls and a USB in each side of the front seats. Even third row passengers get a USB port on each side of the vehicle, so there should be no arguments in the back from this point of view.

Third row passengers get rigid drink bottle holders on the top of each wheel arch and roof mounted air vents with manual open/close and direction control. The only fault I could find with the third row was that there was no mat across the floor. I found that there was enough room for me to step into the third row and sit back there, but taller adults may find it more difficult. The headrests were high enough for me and the only issue was that my knees were sitting up high. To exit the third row, you press the button on the shoulder of the second row seat and manually push it forward.

The Palisade Elite comes with a smart power tailgate or you can open and close the boot from the button under the boot lid, the key fob or the button in the cabin. With the third row seats in place there is enough room in the boot for school bags or if not is use you can manually lower the 60:40 split folding third row using the straps on the back of the seats. This gives you loads of space for the pram and the weekly shop or all the gear needed for a weekend away. If the whole cargo area is required you can also lower the second row seats using a button in the boot, but they need to be manually raised back into place.

There are four plastic tie down points in the boot, two hooks, one 12V outlet and a central top mounted light. Under the boot floor you have storage for the cargo cover when not in use, a cargo net and the jack for the full-size spare tyre, which is located under the rear of the SUV.

You also get a standard rear-view camera with front and rear sensors, auto lights, but no auto wipers. A feature I do like on Hyundai/Genesis vehicles is when you adjust the lights or wipers a display comes up on the dash to tell you what you have selected, rather than you guessing if the lights are actually on auto or not.

All new Palisade models come with Hyundai iCare, with owner benefits including a five year unlimited km warranty, Complimentary Roadside Assist for 12 months on new vehicles, 1,500km complimentary first service, a dedicated Customer Care centre and myHyundai – an exclusive owner website. The V6 petrol Palisade service interval is one year or 15,000km and owners can purchase the first five services up front for $1,995. When servicing with Hyundai, customers will also receive a Sat Nav Update Plan and a Roadside Support Plan for up to 10 years.

The price for the Hyundai Palisade Elite starts at $61,500 plus dealer delivery and on-road costs and as tested with Premium Paint ($695) the Palisade I drove was $62,195 plus above charges. Visit your preferred Hyundai dealer for more information about the versatile Palisade SUV.