SUV or not SUV? That is the Lexus UX question 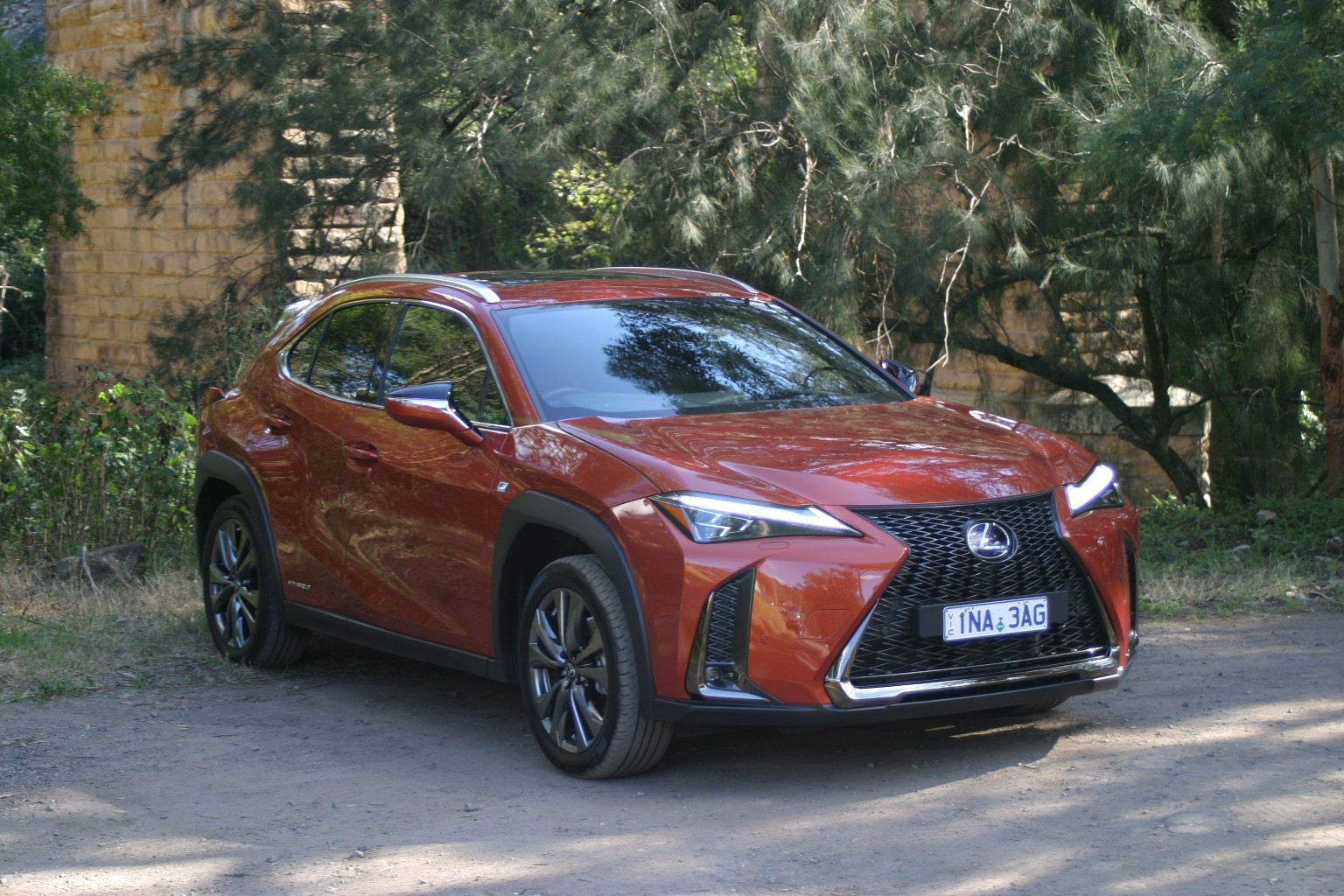 The Lexus UX is the smallest SUV in the Lexus model line-up, but in my opinion the UX is not a SUV. I say this because for a car to be classified as an SUV in my mind you should not have to step down to get into it and this is what I had to do when I got into the UX. So for me it’s a hatchback and not a SUV. Does the UX fit your definition of an SUV?

But with that being said once you do step down into the UX you are greeted by F Sport inspired leather accented seats with red stitching that were nice and offered some side support. The front seats on my UX250h AWD were heated and cooled because it came with the Enhancement Pack 1. The driver’s seat also had 10-way power adjustment with three memory positions and the passenger seat had 8-way adjustment and no memory positions.

The UX comes with a 10.3” screen for the infotainment system which includes satellite navigation with SUNA Live Traffic. The screen is navigated by the Lexus touchpad, which is good to use and also doesn’t show fingerprints. The media options available include Disc, AM/FM radio, DAB, USB, Bluetooth, Miracast and AUX. To access these you have two USB ports under the armrest and one AUX plug; the armrest opens from either side for added convenience, and at the front of the centre console there is one 12V outlet and wireless phone charging for compatible devices.

The voice control on the UX is vastly better than any of the other Lexus cars that I had previously driven over the past few weeks. I felt that the voice control was on par with the system now available on Mercedes Benz models. I was able to use the voice control to enter an address on the sat nav, make phone calls, select playlists and find a nearby restaurant or even a supermarket. Which is really great if you are in an area you are not familiar with and need to do some shopping. Great stuff Lexus!

The interior of the UX is very well laid out and I thought the dash design on the UX was pleasant and the screen was incorporated well; I really liked the brushed black finish on the dash and doors. The driver’s dash has a nice simple design and a really cool feature when you press the button to view menu options the central taco moved to the right so that the area where the information is displayed becomes larger. But the UX does retain the ugly ‘horns’ on either side of the driver’s dash and I feel Lexus could incorporate the controls operated by the horns (drive mode and ESC off) in a more aesthetically pleasing way. I also thought that the indicator stalk had a cheap feeling clunk when you engaged it, rather than a pleasant ‘soft’ feel.

The rear seats only just have enough room for adults due to limited leg room. You do get two ISOFIX/three rear tether child seat restraint points but you would only fit two child seats in due to the width of the UX. The central seat has a fold down arm rest with two drink holders and rear passengers only get central vents with air speed control and two USB ports for devices. My son complained that the plastic on the rear wheel arch was very static and there were also no storage cubbies in the rear doors.

The rear seats have a 60/40 split fold mechanism, which is handy because the boot is small and only just fits the weekly shop in. There wouldn’t be enough room to pack everything needed for a family weekend away. It does have a gesture open function though, which is very handy when you have your hands full.

There are some nifty safety features on the UX including the car will not go into gear unless the driver’s seatbelt is on. My UX had active cruise control, pre-collision system which warns the driver about a collision and brakes automatically if needed, blind spot assist, automatic and adaptive high beam and auto wipers. Like on the other Lexus models I recently drove the lane keep assist did not work all that well as the car went from side to side in the lane. The UX comes with a standard rear view camera with guidelines and front and rear sensors. Passive safety includes dual-stage SRS airbags (Front seats), SRS knee airbags (Front seats), SRS side airbags (Front seats) and SRS curtain shield airbags. All of this means all model variants in the UX range has a 5-star ANCAP safety rating.

The UX 250h has a self-charging hybrid electric 2.0 litre engine which has 131kW and 188Nm of torque. The AWD UX comes with an electronic continuously variable transmission and this combined with the hybrid technology means better fuel efficiency with the official combined fuel consumption is 4.7L/100km. For my week driving the UX I used 7.5L/100km, which is good but not great if you consider I used only 8.8L/100km in the 3.5 litre V6 hybrid RX the previous week.

As tested the Lexus UX250h AWD F Sport + Enhancement Pack 1 and premium paint was $65,557 plus on-road costs. The UX brings together the best bits of the Lexus models I have driven in the past month, hybrid engine, nice interior and useful technology, and packaged them into a car that is very suited to city life, SUV or not. Visit your preferred Lexus dealer and test drive one for yourself.