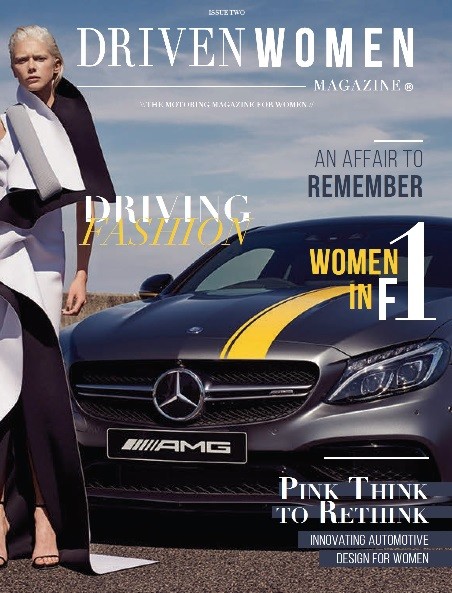 Lisa Copeland is a highly sought after keynote speaker whose energy and intelligence will immediately engage participants. She is a former award-winning automobile dealer, that not only crushed world sales records, but broke a few glass ceilings along the journey.

Amy Nelmes Bissett is a freelance features writer and her work has featured in Marie Claire, Collective Hub, Cosmopolitan and Refinery 29. When she’s not manically typing to deadline, Amy can be found weaving through the New Zealand countryside on yet another road trip, eyeing up Land Cruisers and enjoying some serious off-roading. You can follow her journey at @amynelmesbissett

Beth Lily Georgiou is an electric vehicle and motorsport operations specialist from the United Kingdom. She is a passionate adventure, driver, who frequently enjoys taking electric cars to their limits. Beth is an active advocate for electric vehicles & motorsport, solar & renewable energy, a plant-based diet, animals and ocean awareness. Follow her on Twitter @Fox Georgiou

Popi Bowman has loved cars all of her life – she played with Hot Wheels as a kid and always asked her dad to “drive like a teenager.” In her 20s she worked for Motor Trend magazine, when she also owned her true love: a 1967 Cadillac convertible. More recently she was Editor for Audi and Volkswagen’s Canadian magazines, and Senior Producer for one of Canada’s top automotive websites. Follow her on Twitter @PopiBowman.

Jacki has been a part of the motorsport world for ten years, in everything from public relations and journalism, to social media and production. Having lived and travelled internationally, she can be found in a range of paddocks, from Formula 1, to WEC, V8 Supercars, to IMSA, and everything in between.

Bec Brideson helps business drive exponential growth via the new $28T female economy. With over 25 years leading big brands like Virgin, AFL and Holden, she has filled a gap in business with a fresh methodology around connecting gender with the bottom line. She has just released her first book Blind Spots on how to tap in and leverage the rapidly growing global female market.

Jess Shanahan is road trip journalist with a love for exploring the world by car. She also works in motorsport as the Racing Mentor, coaching drivers on branding, PR and sponsorship, as well as helping people into motorsport careers. Jess loves hot hatches, track driving, and the open road.

Szymek Ślusarczyk is a young automotive blogger from Poland. His main passion in life is of course cars, but he also takes an interest in fashion and business. Szymek is a valued member of the Car Throttle moderator team. His car reviews never lack passion and emotions, and that’s also what makes him stand out from the cold world of data.

Hannnah Gordon has over ten years of experience tinkering with the finest engines in the world being a car mechanic, restorer and car builder. She loves the smell of octane, the noise of a V12 and a short shift gearbox whilst mixing with the old school classic car groups. Hannah also writes about cars and film YouTube reviews, catch her on Twitter @Femalemechanic1.

Vicky is a driven businesswoman who has a unique perspective in the world of motoring. With a love of cars, driving, motorsport and the motoring community she hopes that writing about her adventures will help inspire women to get involved and share her passion.

Helen aka Petrol Mum has founded Driven Women Magazine. Helen’s love of cars started with her father and grandfather’s vintage car collecting and continues today through a shared passion with her husband and children.