Bugatti still a no go for NSW 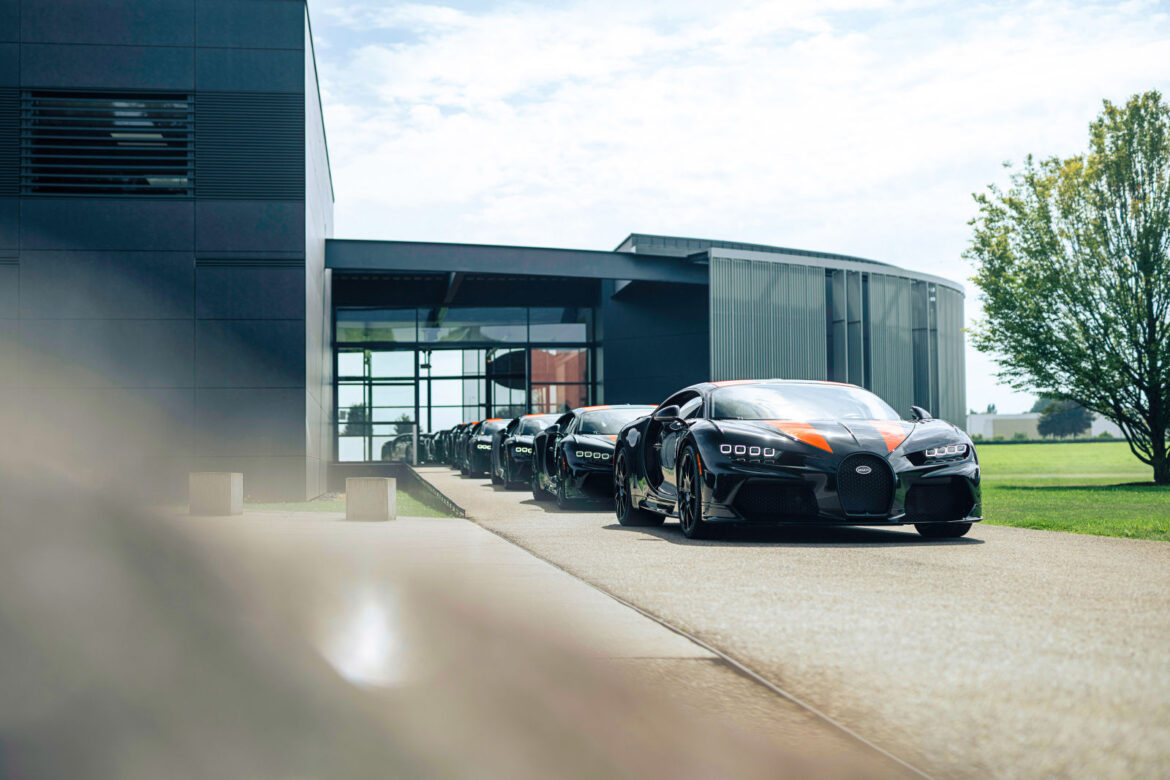 Having delivered the greatest number of Bugatti automobiles in a 12-month period, 2022 has been a record-breaking year for the French luxury marque. No fewer than 80 new Bugatti hyper sports cars found homes around the world, to customers both new and existing.

The Molsheim Atelier underscored its capabilities in consistently building and delivering hyper sports cars that sit at the very pinnacle of performance, engineering and design. Among the 80 automobiles hand-built at Bugatti last year was the 400th Chiron model – with only 100 examples left to complete the full Chiron production run; the final nine Chiron Super Sport 300+; all ten Centodieci; and the last Chiron and Chiron Sports for Europe, which have been crafted with a unique configuration honouring Ettore Bugatti’s eldest daughter, L’Ébé. As a result, more Bugatti hyper sports cars and more variants have been assembled in the Atelier at Molsheim than in any of the 17 years since it was first established.

With all production slots for the Chiron, Bolide and the W16 Mistral assigned, there was a strong focus throughout 2022 on the Bugatti ownership journey as well as meeting the growing needs of customers wishing to purchase a pre-owned Bugatti car. The ‘Passeport Tranquilité’ program offers servicing and maintenance for owners of the Veyron and Chiron models, providing total peace of mind. Across 2022, Bugatti experienced strong demand for its ‘Passeport Tranquillité’ service program.

The launch of the Bugatti ‘Certified Pre-Owned’ program allows Bugatti partners around the world to offer pre-owned models with Bugatti certification, offering customers absolute tranquillity. All vehicles sold as authorized pre-owned will have gone through a 110-point check to ensure the vehicle is in the optimum condition and aligned with Bugatti standards prior to handover to its new owner.

Since 1999 in New South Wales, historic left-hand vehicles (30 years of age or older) weighing 4.5 tonnes or less, have been registerable and not required to display a ‘left-hand drive’ sign. This includes either conditionally registered under the Historic Vehicle Scheme (if only driven occasionally), or fully registered with standard used vehicle registration (if driven more regularly).

Some vehicles imported under the rarity criterion pathway, like a Bugatti, may be approved for supply in left-hand drive. While a vehicle is supplied to market under the RVSA it must also meet state or territory rules to be registered.

Despite these changes the NSW Government has continued its stance of not allowing modern left-hand drive vehicles to be registered in this State on the grounds of safety concerns. This means the likes of Bugatti’s Chiron W16 will not be seen on NSW roads anytime in the near future.

With the NSW State Government election coming up in March this year I think this issue should be raised with your local State Government member, because I for one would absolutely love to see a Bugatti or two on the roads in NSW!