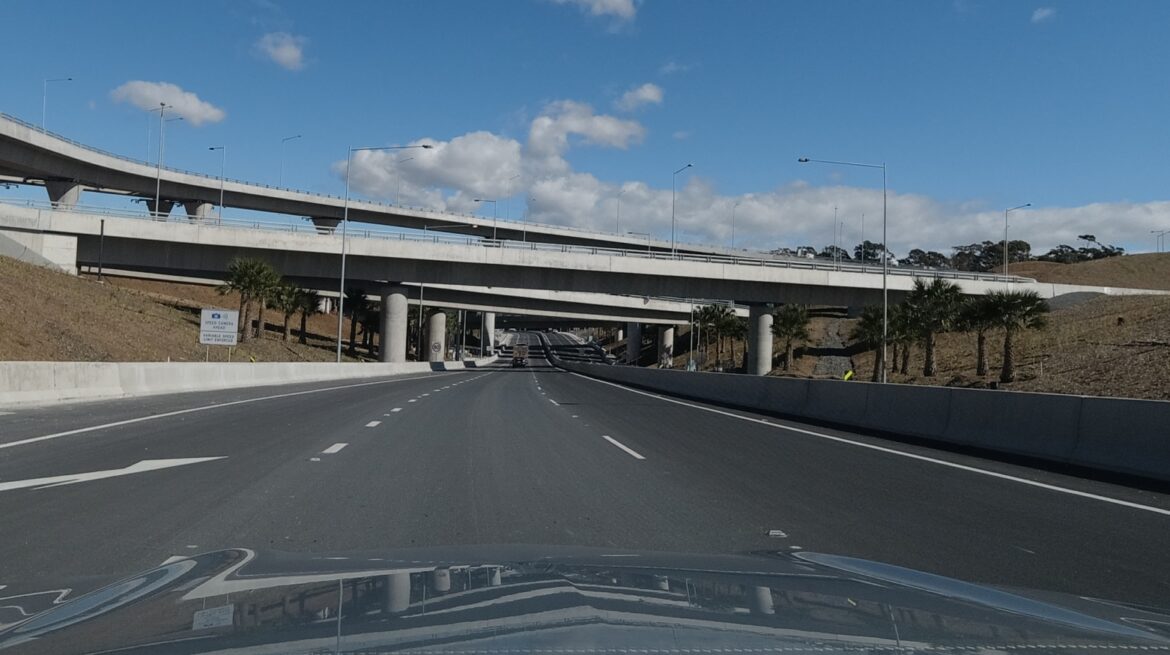 According to Finder, more than 90% of Australian households currently have a car. In fact, there are more than 20 million registered vehicles on our roads. Transport is clearly a major component of our economy for personal and business use but unfortunately, thousands are impacted each year by transport-related injuries.

Although there was a drop in the number of road deaths from 2018 to 2020, there has been an increase in casualties over the last two years. Now, a 4.4% annual fatality rate per 100,000 people is recorded. This is a spike of 2.4% compared to March last year.

In 2021, the number of vehicle driver deaths totalled 559. This figure is up from the previous year by six driver casualties. Motorcyclist fatalities totalled 229, passengers counted 179 and pedestrians recorded 126. Cyclists’ casualties were 35.

In a retrospective population study carried out by UNSW and its medical research affiliates NeuRA and The George Institute, the study authors examined all records of children aged 0-16 years admitted to NSW hospitals in the years 2001-2018 for injuries sustained in off-road motorcycle or quad-bike crashes. Published in the journal Injury Prevention, the research noted 6624 crashes resulted in hospitalisations during this time, with 5156 (78 per cent) involving motorcycles (including motocross bikes, trail bikes and other off-road motorcycles) and 1468 (22 per cent) involving quad-bikes. Tragically, there were 10 fatalities over the study period – six from motorcycles and four from quad-bikes.

While a key finding from the JAX Tyres & Auto 2022 Road Safety Report unveiled a concerning overconfidence and complacency when it comes to safe driving, with just 1% of Australians identifying themselves as “below average” compared to other drivers when it comes to their concern for road safety when behind the wheel.

Reassuringly, JAX found that safety is a key concern among drivers, with almost three quarters of Australians (73%) saying that safety is the most important thing to them when driving. However, almost the same amount (74%) say that other drivers are the greatest threat to their safety on the roads, while only 4% say their own driving ability is the biggest factor affecting their personal safety.

Looking at Road Safety among drivers in 2022, JAX probed how attitudes and behaviours change among drivers of different kinds of vehicles. While nationally 54% of drivers say they pay most attention to their own safety while driving compared to other passengers and road users, this rises to 70% among sports car drivers. While comfort is only the primary concern for 4% of Australia’s drivers, this drops to 0% among sports car, 4X4, and Ute drivers.

Although less likely to cause a physical injury, there are financial implications and a certain amount of stress caused by accidents in car parks. A survey of 1,199 people in Australia aged over 18 conducted by YouGov on behalf of Nextbase Dash Cams found that 21% of Australian drivers have hit a parked car when behind the wheel. The 35-44 year old bracket has the most hits, with 30 percent admitting to having hit a parked car.

More than one in three drivers admit to having hit another car with their car door (38 percent), with male drivers being a more likely culprit (41 percent). Furthermore, 17 percent of Australians have experienced a hit and run parking accident. Men are more likely to have been involved, at 19 percent compared to 14 percent of female respondents.

The Joint Select Committee on Road Safety recently tabled the final report for its Inquiry into Road Safety. The report examines factors contributing to fatal and serious injuries on Australian roads and considers opportunities to improve road safety outcomes through measures which:

Men now make up just over two-thirds of serious injuries in Australia with a total of 7,082 (67.3%) males seriously injured as a result of a road accident, compared to 3,436 (32.7%) females. In March 2022, the number of males who died from a crash was 858, a slight increase from 811 the previous year. On the other hand, female casualties have decreased from 292 to 277. It raises the question of whether gender makes a difference when it comes to road trauma.

From a gender perspective, young male drivers engage in more risk-taking than young women because of the biological maturity difference, various analyses prove. Over the years, MRI studies have shown the male brain doesn’t fully develop until 25, while the woman’s brain matures at 21.

Jax Tyre & Auto found that men’s confidence in their own driving ability is significantly higher than women’s, with 88% of men saying they feel safest while driving, compared to just 80% of women. Safety concern differs considerably between the sexes, with 78% of women saying safety is the most important thing to them when driving, compared to just 68% of men, with double the number of men (6%) most concerned with a pleasurable driving experience compared to women (3%).

Young drivers are often more at risk of fatal road accidents than other age groups. Despite the number of deaths between the 17 to 25 age group sitting less than 40 to 65-year-olds, many studies in Australia over the past 10 years confirm that young men have been involved in substantially more road crashes than young women.

Research suggests that this comes down to physiological, psychological and behavioural differences associated with age, which increases the risk-taking behaviours. However, because of the lack of neurological development and driving inexperience, this puts younger drivers more at risk.

Young drivers are the top culprits for using their mobile phones while driving, leading to serious and tragic accidents. In particular, the 18 to 24 and 25 to 39 age groups reported the highest use of using mobile phones behind the wheel. 18 to 24-year-olds are twice as likely to receive a speeding fine as well. Despite speeding being the number one killer on our roads, 25% of Australians reported last year they would like to see the speed limits increase.

The JAX Tyres & Auto 2022 Road Safety Report highlighted that car accidents are a top concern for over 70% of people aged 65+ even though 93% of people aged 65+, say they feel most safe while driving, with confidence increasingly consistently the older that drivers get. While 21% of those aged 65+ say they drive most for pleasure, dropping to just 7% of people aged 35-44. People in the 65+ bracket are least concerned with their own safety when driving, at just 47%.

Fears for the future of roads is greatest among older generations, with more than half of all people aged 65+ (55%) saying the roads will be less safe when self-driving cars arrive, compared with just 30% of drivers aged 18-44. While only 15% of Gen Z drivers would care most about the safety rating and features of a potential new car purchase, compared to 34% of people aged 65+.

The Importance of Car Maintenance

Despite this heavy daily reliance on brakes and tyres, the JAX Tyres & Auto Road Safety Report found that fewer than a third (30%) of drivers say they check their tyre pressure and tread on a monthly basis, with 19% undertaking this basic check every three months, and 12% every six months. 7% of people say they never check their tyres.

For car purchases, while price is understandably the number one consideration for most people in the market for a new car, the second biggest consideration is the safety rating and safety features, with a quarter of people (24%) telling JAX that this is the most important factor in their decision-making process. The third most important consideration was brand, then fuel efficiency.

Despite putting so much stock in safety at the point of purchase, many drivers lose quickly interest in vehicle safety and maintenance, with one in five (21%) people saying they don’t perform any basic checks between scheduled services, and almost the same number (19%) saying they don’t perform any checks before embarking on a long drive, as many people plan to take to the roads this school holidays.

While most people (68%) take their car for a check-up once a year, one in ten (10%) will wait longer than that, with 3% saying they never take their car for a check-up. This may come down to people’s incorrect assumptions when it comes to the value of services: while 60% of drivers say cars can benefit from receiving an annual service after clocking up just a year on the road, 13% of drivers believe it’s two years before a car should be serviced, 11% say three years, and 9% say five years.

Ute drivers are most concerned with safety when driving, with 71% saying they consider their concern for safety to be “above average” compared to other drivers, with compact car drivers the lowest demographic to feel this way (41%). The importance of safety features and rating in a potential new vehicle purchase is lowest among compact car drivers (16%) compared to 34% of Ute drivers who say this is what they look for most.

Speeding, distracted and fatigued driving are the biggest killers on our roads

Whether it’s travelling faster than the legal limit, using smartphones, eating or applying makeup while driving, or getting behind the wheel when you’re not adequately rested, drivers are still breaking the rules and not paying attention. Savvy, one of Australia’s largest online financial brokers, focusing on personal and commercial financial products, has these tips to avoid common road accidents and to stay safe:

Highlighting the risk of fatigue, a study completed by Monash University estimated that one Australian dies every day after falling asleep at the wheel with drowsy driving estimated to contribute to 20 percent of Australia car accidents annually. Being awake for 17 hours has a similar effect on performance as having a blood alcohol content of 0.05. With road authorities offering rest stops and long running ‘power nap’ campaigns, it is a great reminder for all Australians to take heed of these warnings and Stop, Revive, Survive.