Putting a Hex on worn tyres 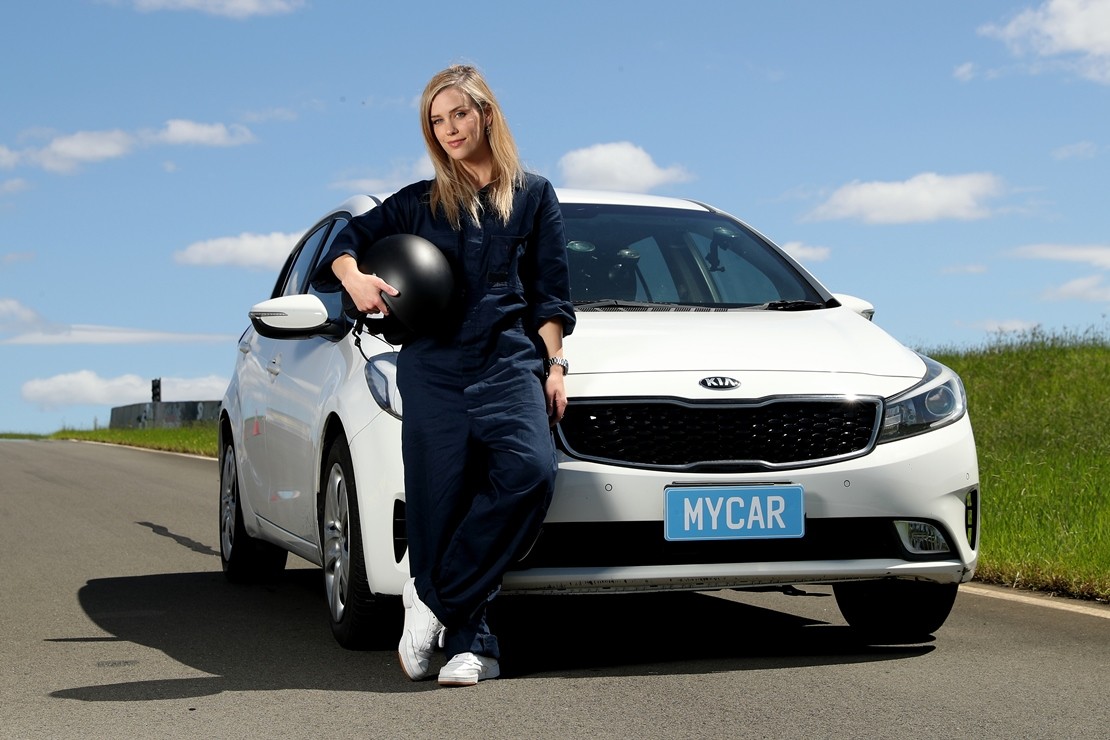 New research from mycar Tyre and Auto has revealed that although Australia is a nation of car lovers, our automotive awareness needs a tune up. Over a third of Aussies (35%) don’t know what tyre is best for their vehicle and their driving style and 16% don’t know how to check if their tyres are safe and road-ready. But possibly the most alarming stat was that 5% of Aussies don’t know how to change a flat tyre!

mycar have partnered with top female gamer Stephanie Bendixsen – who goes by the gamer tag, ‘Hex’ to demonstrate the difference between driving in-game and in real life. ‘Streamer Meets Driver’, showcases the importance of tyre condition and how having good tyres when it comes to everyday road challenges is a must.

“It was wild, honestly! I was in a car with a stunt driver, we took on a race-track obstacle course just like a driving game but it was in real life, with everything from faux walls and ice cream cakes,” Hex told Driven Women Magazine.

“We tested both new and worn tyres. We went down the road and with the worn tyres on the car…let me tell you we were not successful! A lot of cakes were lost that day. But it was a great way to demonstrate how easy it is to slide out of control when you don’t keep fresh tyres on your vehicle. The fresh tyres made a huge difference,” explained Hex.

Stephanie has been working in and around video games for over 10 years. The name ‘Hex’ came from playing a lot of fantasy games when she first got into gaming and a love for characters that used magic. Liking the idea of a powerful spell or a curse became the basis of her screen name.

Typically, Hex played more arcade-style racers, rally games that gave her the opportunity to go off-road and do things in-game that I can’t be done in real life such as jumps and slides. That’s so often the joy of video games for Hex. But after developing a passion for F1, Hex snapped up a racing wheel so she could put herself in the shoes of all the F1 drivers that she knows and supports, on the race tracks that Hex has come to recognise.

“It was really exciting and a massive shift. I still need a lot of help because I’m learning – my corners have improved, and while I’m notwithstanding any of the G-force an actual F1 driver experiences – the force feedback the wheel and pedals provide make the whole race feel much more realistic. I’m hooked!” said Hex.

“Tyre management is something I’ve tried to get my head around in the F1 sim but it’s never going to be more important than staying on top of it in real life,” added Hex.

With women underrepresented in the gaming world Stephanie’s advice for young female gamers is to, “Be loud! Video games are for everyone and there’s never been a better time to share your passion for games. It’s a growing industry that’s already bigger than the film industry, it’s constantly changing and always exciting. So never feel like there shouldn’t be a seat at the table for you. Whether that be in an online game, or in games development, women have never been more important.”

“The more women involved in every area of the games industry, the better, and the more diverse games we’ll get to play – because female voices will be informing that content. Female players will dictate the stories that are being told, and the characters we get to meet. And more importantly, the people and characters that the next generation of young girls will look up to,” said Hex.

Hex’s most significant achievement as a gamer has been without a doubt, building a diverse and whole community around her work. It’s been a safe space for people to share, connect, meet and understand one another, it’s so much more than just video games (although games are certainly the linchpin at the centre of the community).

It is a community that has stayed with Hex and evolved through her transition from traditional media like television, to online live streaming and content creation. It’s places like these that allow gamers to share the reality that games are actually really diverse, social, inclusive, interesting, worthy and important.

To find your nearest mycar Tyre and Auto store to have your tyres checked, visit their website.