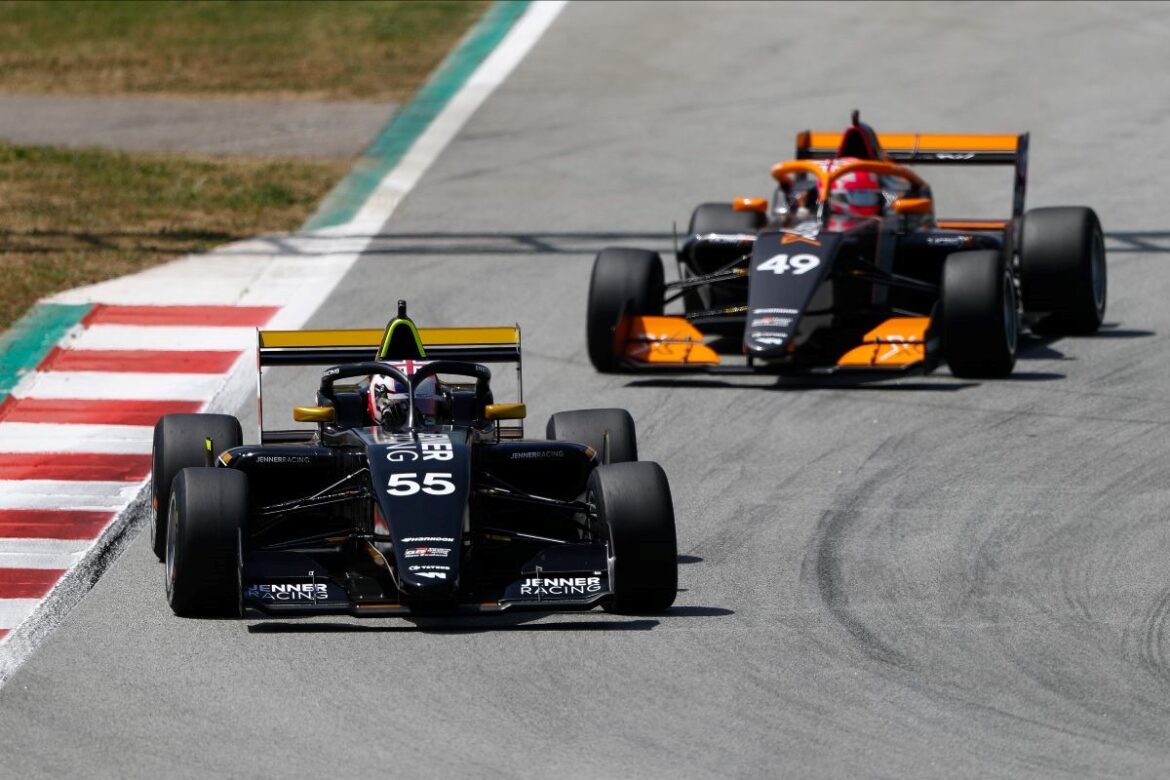 In 2022 to reduce the need to fly race cars between events the W Series is using two providers so that cars can be shipped by sea rather than air for the 10-race series. W Series uses identical Tatuus chassis to the Toyota Racing Series, but with different engines. Race 3 in Barcelona was the first event where cars supplied by Toyota Gazoo Racing New Zealand (TGRNZ) were used.

As well as being used by W Series at the Circuit de Barcelona-Catalunya this weekend, Toyota’s FT60 cars will also be at Suzuka, Japan, in October when W Series will stage its first race in Asia. At the remaining races all drivers will race in the identical Tatuus F3 T-318 race cars powered by smaller 1.75L Alfa Romeo engines which output 270bhp compared to the Toyota unit’s 285bhp.

“We had a different set of cars here from TGRNZ, they’re really good cars and the guys did a fantastic job preparing them for us, with five of their crew here this weekend. They’re great workers and they’ve fitted in seamlessly, so it’s been a pleasure working with them,” said Dave Ryan (Racing Director, W Series).

The swap between race cars has not impacted on the dominance of Jamie Chadwick who continued her perfect start to the 2022 W Series season by taking a lights-to-flag victory in race three at the Circuit de Barcelona-Catalunya. The Briton – who celebrated her 24th birthday yesterday – backed up her two wins at the season-opening double-header in Miami a fortnight ago with a flawless weekend in Spain where she topped all three sessions, led every lap and recorded the fastest lap in Saturday’s race.

Jamie made a perfect getaway from pole position, expertly controlled her pace from the front, and held off a late charge from Abbi Pulling (Racing X, 19, UK) – who overtook Alice Powell (Click2Drive Bristol Street Motors Racing W Series Team, 29, UK) at the start – to beat her compatriot by half a second. Alice – runner-up to Jamie last season – was a further 0.7 seconds back in third place to complete an all-British podium. Abbi’s second W Series podium moves her into second place in the championship, five points ahead of Alice who took the 11th podium finish of her W Series career.

“It was all about managing the tyres in that race and I managed to do that the whole way. In the last few laps, I got a bit nervy and was struggling when I came under pressure from Abbi [Pulling], but fortunately I managed to hold her off and I’m really happy with the win,” commented Jamie after taking victory.

Next up is Round 4 to be held at Silverstone, where the British drivers are set to continue their dominance of the W Series in 2022.