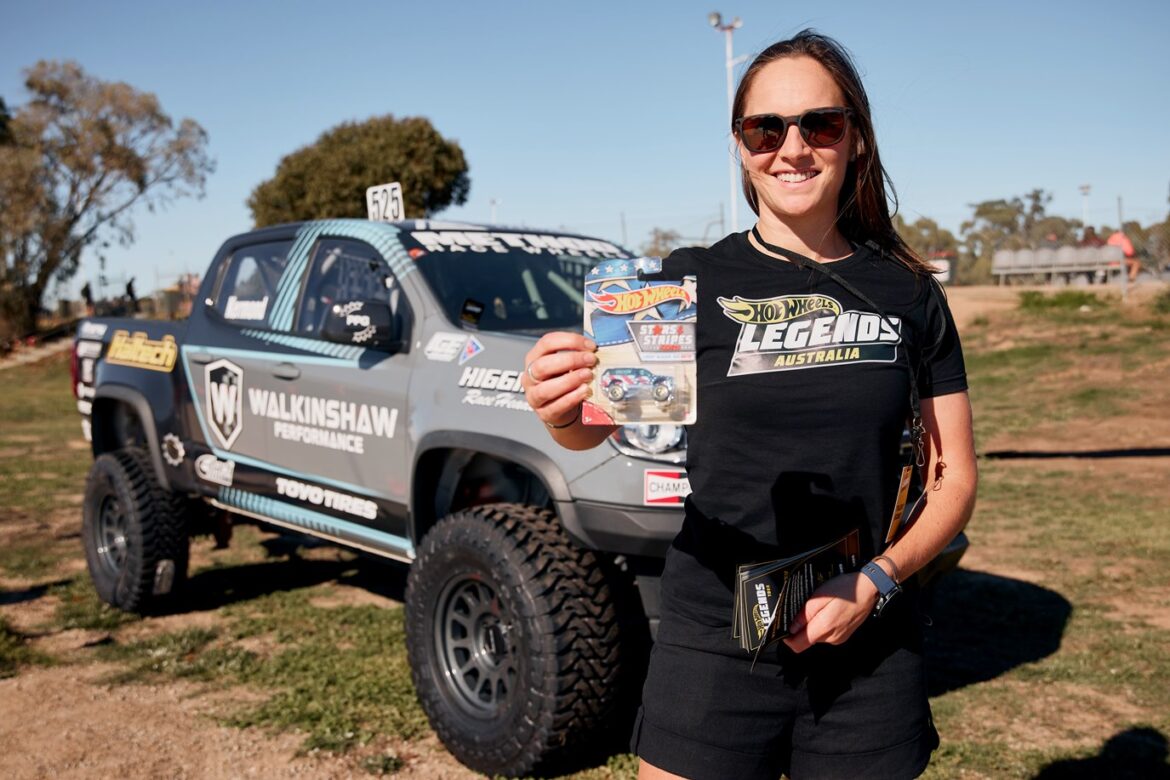 In 2022, Professional Australian Rally Driver, Molly Taylor joins the Hot Wheels™ Legends Tour as a judge for both the Australian and New Zealand competition. Molly says it’s an honour to be involved in Hot Wheels Legends Tour for the second year running.

“Last year was truly epic as Aussies young and old got to show off their colourful, custom rides. Creating and maintaining custom cars is more than just a hobby. It’s a true passion project for most. Hot Wheels Legends Tour helps celebrate that, so encourage anyone who thinks their ride has what it takes to make an iconic diecast packet, to enter now!”

Molly recently attended the Street Machine’s Drag Challenge in Heathcote, Victoria to surprise fans and “scout” for custom cars she thinks should enter the Legends Tour this year leaving “parking ticket” style flyers on the windshields of her favourite cars with information on how to enter.

Being a Hot Wheels™ Legends Tour judge comes after a busy past two years for Molly, who reflects with us about having some incredible opportunities and experiences.

“Travelling to the spectacular locations Extreme E takes us to and being part of that series has been very special, and of course taking part in my first Dakar Rally is something I will never forget. Overall, I think it has just been the sense of adventure the past two years has been. It’s not without its challenges and sacrifices, but I’ve been out there living my dream!”

Molly admits to having a Hot Wheels™ collection growing up and told Driven Women Magazine, “I was a bit of a late bloomer in my car interest, but I loved the excitement of seeing a different model, or replicas of race cars I followed. My partner and I still have our own smaller collection and now I have a nephew, we are regularly working on his collection!”

“One of the things I love about the Hot Wheels Legends Tour is the variety, creativity and level of build quality that we get to see. It’s a combination of our local passion and skill that makes being a judge pretty difficult actually! Whilst there’s no particular “type” of car I’m looking for, it has to be unique and also represent something about Australian car culture. We want something that will show the world what the Aussie custom car community is all about,” said Molly when asked what she was looking for from the Australian and New Zealand entries to the competition.

Jacinta Whitehead, Marketing Director, ANZ, Mattel says: “We’re delighted to again encourage Australian and New Zealander car enthusiasts to showcase their epic vehicles to the world. Particularly, after what was an overwhelmingly successful first year for us in the series.

“We thank our local partners Big W in Australia and The Warehouse in New Zealand who’ll again be helping us to lift the hood on some of Australia and New Zealand’s most diecast worthy wheels.”

Since launching in 2018 to celebrate Hot Wheels 50th Anniversary, the Hot Wheels™ Legends Tour has grown from an American-based series of local Walmart events across the United States to the world’s largest travelling car show. Bringing in builders and automotive fans through both virtual and live events that now spans 14 countries and 5 continents. Last year across Australia and New Zealand close to 1,000 applications were received.

Judges will continue to evaluate all vehicle entrants and finalists on the criteria of creativity, authenticity, and garage spirit. Built, not bought, remains the spirit of the Tour, and custom creations of all makes and models, shapes and sizes are encouraged to enter.

To enter, head to hotwheels.com – entrants must submit a video of their car and then they will be contacted for more images/video directly if they have been successful. Videos must be submitted by Monday 11 April for New Zealand and Monday 18 April for Australia.