Say ‘Yes’ to the GR Yaris 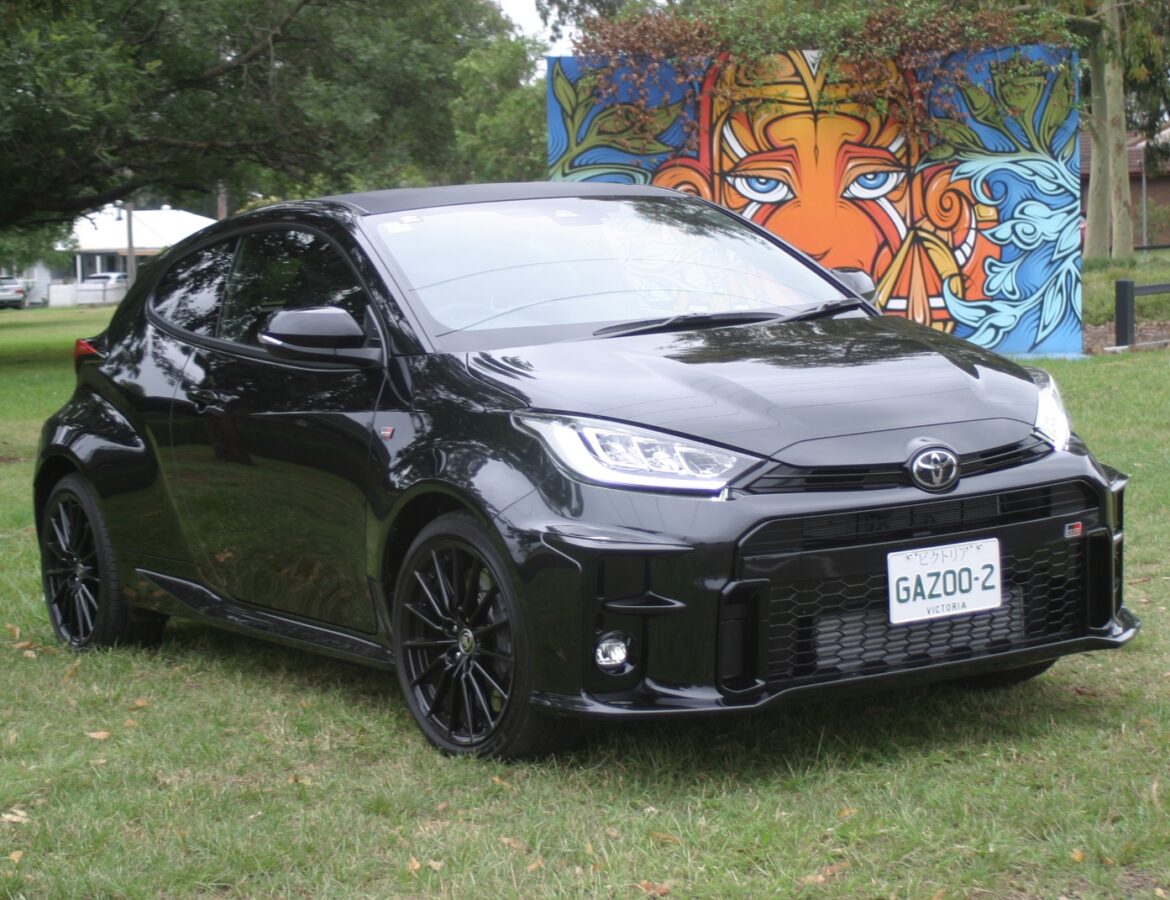 YES! YES! YES! This was my first reaction when I drove the all-new Toyota GR Yaris, why? Because twelve months ago after driving the Toyota GR Supra I was left feeling flat. For me the Supra missed out on that slightly crazy Toyota spirit, it lacked Waku Doki; the Japanese expression for “heart pumping, adrenaline racing” and this was definitely not the case with the GR Yaris.

GAZOO Racing is the motorsports division of Toyota and the GR Yaris is inspired by the car that won three World Rally Championship titles. The GR Yaris features a new and dedicated chassis, a whole new double wishbone suspension system and a lightweight body, with a carbon-fibre polymer roof and aluminium bonnet, doors, and rear hatch. When I was driving the GR Yaris the result of this was like pulling on my favourite little black dress; pure excitement!

Does the Toyota GR Yaris live up to the hype?

The exterior design is dramatically angled with wide rear wheel arches and it is sporty-looking without the addition of excessive elements like those used on the GR Supra. You get a choice of three colours for this hot hatch du jour; Glacier White, Feverish Red or Tarmac Black.

The GR Yaris has the world’s most powerful 3 cylinder production engine, producing a 156kW/tonne power-to-weight ratio. Yes, you read correctly the GR Yaris has a 1.6L, 3-cylinder, turbocharged petrol engine with 200kW and 370Nm thanks to its motorsport engineered parts and components. The GR Yaris will do 0 to 100km/h in 5.2 seconds and is electronically limited to a top speed of 230km/h. The engine note is guttural and throaty, almost truck-like, and I had a lot of fun chasing the revs all the way past 7,000rpm, once the engine was warmed up and allowed me to do this of course. The official combined fuel economy is 7.6L/100km and for my week zipping around in the GR Yaris I used 11.6L/100km.

The GR-FOUR all-wheel drive system used on the GR Yaris pays homage to the championship winning Celica GT-Four and allows you to adjust the front-rear ratio between Normal, Sport and Track modes; with a 60:40 split in Normal, 30:70 in Sport, and 50:50 in Track. Regardless of which mode you choose there is ample traction to be had and the GR Yaris felt planted to the road like a go-kart and let’s be honest it isn’t much bigger than one. Between the engine and the all-wheel drive system is a 6-speed manual gearbox that offers sharp gear changes, rev matching to ensure smoother downshifts, paired with a nicely weighted clutch.

The sporty front seats come with GR stitching on the headrests and have Ultrasuede that grips you in position. The seats are heated, have manual adjustment only and although the driver seat has height adjustment I felt that I sat up too high in the GR Yaris and I would have liked a bit more side support as well.

The leather accented sports steering wheel is thin, but nice to hold and it’s heated for those cold winters’ day driving adventures. The voice control button is designated with a masculine silhouette, similar to the graphic used by many other car manufacturers. The voice control worked well for me to make phone calls, but did not work at all for setting a destination. This was frustrating for me as I was not able to stop at the time when I was trying to use it, so I had to resort to navigation from my co-driver instead. The GR Yaris also comes with head-up display and this has an indicator for when you should shift up to the next gear, plus all the usual graphics.

The centre console has two rigid cup holders, a manual hand brake and a plaque to remind you the GR Yaris was developed for the FIA World Rally Championship. In front of the gear stick is one 12V outlet and one USB port, but your phone would need to be placed in the cubby above the climate control and this has a hard plastic base, so it may slip around a bit during hard cornering. Considering the GR Yaris is a small car it has good-sized drink bottle storage in the door cubbies.

The 7″ colour touchscreen display has satellite navigation with SUNA traffic channel and you get Apple CarPlay/Android Auto as standard. Media sources include AM/FM radio, DAB+, Bluetooth, USB and Miracast. The GR Yaris also has noise cancelling technology and the ability for you to adjust how much engine noise reaches the cabin; the more the better if you ask me!

The two rear seats are not suitable for adult-sized humans, but my two children fitted comfortably in them. There are two ISOFIX/rear tether child seat restraint points, but the low roof line may make it difficult to fit in some car seats in, so this would need to be investigated if you are planning to use the GR Yaris as a family car. There are no rear air vents or USB ports in the back either, so children may complain about a lack of air circulation as well.

The boot has a manual open and close operation, no spare tyre and is unsurprisingly small, being that there is next to no overhang behind the rear wheels. If you need extra storage space the rear seats do have a 60:40 split folding mechanism.

All new Toyota vehicles are backed by a five year/unlimited kilometre warranty. If your vehicle is properly serviced and maintained per its Warranty and Service Book, Toyota will extend your engine and driveline warranty for an additional two years. GR Yaris owners also get capped price servicing for eligible logbook services for up to two years or 40,000km, whichever occurs first. The service interval for the GR Yaris is every six months or 10,000km, whichever occurs first, and pricing as quoted from the Toyota Australia website for each of the first four services is $260.

“No more boring cars” said Akio Toyoda! Toyota has delivered on that with the impressive little GR Yaris and at the same time it has also restored my faith that Toyota can still build slightly bonkers cars for drivers to enjoy. Pricing starts at $49,500 and as tested with premium paint my little black number was $50,000, but availability is currently limited. Or you might want to hold out for the highly-exclusive GR Yaris Rallye special edition coming later in 2021. Contact your preferred Toyota dealer for the information about the rally-inspired GR Yaris.