Down on the farm in the Mazda BT-50 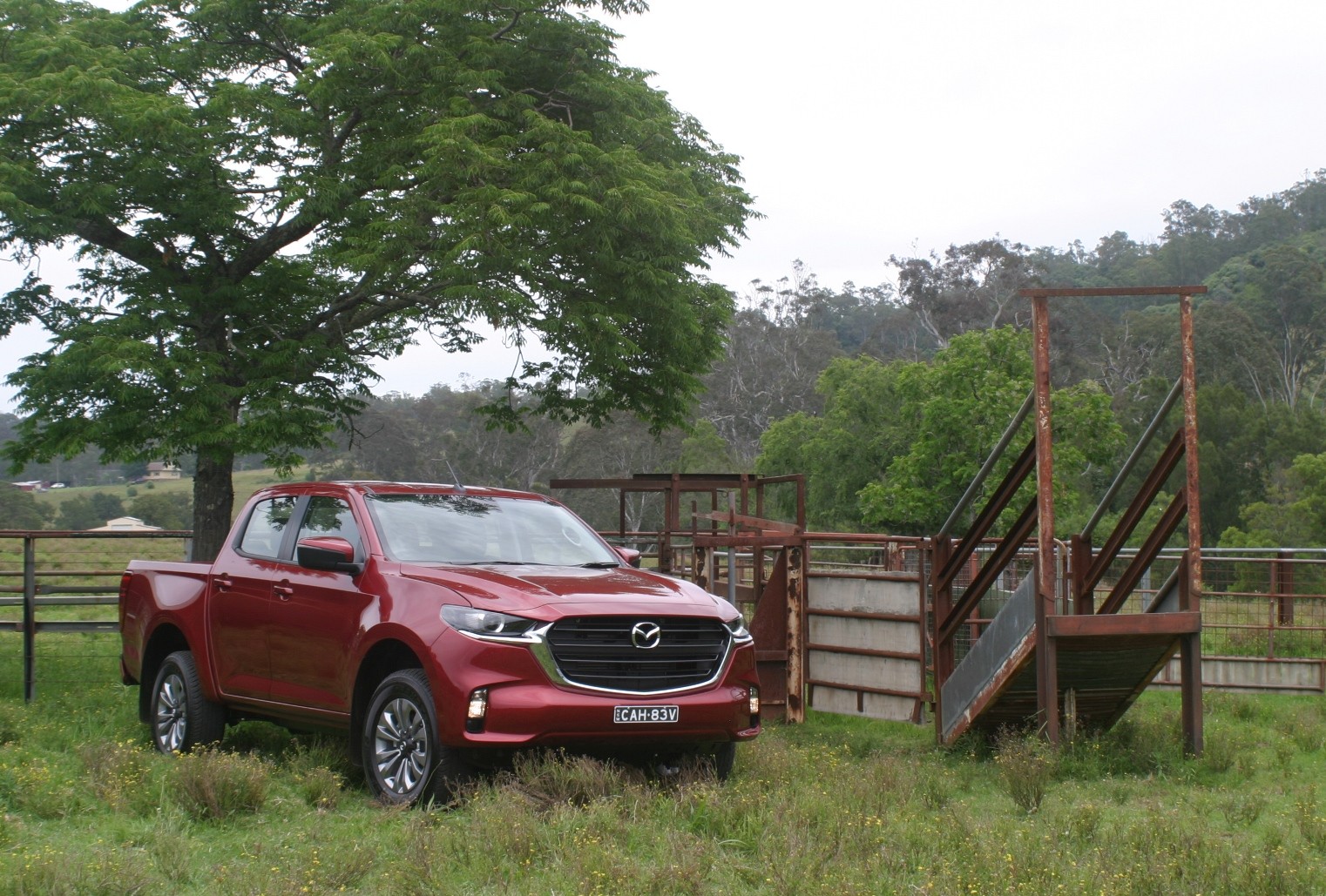 I grew up on a farm and suffice to say I have spent my fair share of time driving in a ute. Thirty years ago a ute was only a work vehicle and as long as it started every time you got in it, then you were happy. These days though the humble ute has moved from the farm to the big smoke, so a lot more is expected of it.

Light commercial vehicles make up more than 20% of new car sales in Australia and they are not far behind passenger vehicles in the overall new car sales results. In a dual cab format they have five seats so plenty of room for family adventures on the weekend after a hard week at work.

Safety has always been a concern, but the brand new Mazda BT-50 has a 5-star ANCAP (2020) rating that applies to all variants in the newly released range. The BT-50 has an Adult Protection Rating of 31.86 out of 38 (83%) and a Child Occupant Protection Rating of 44.0 out of 49 (89%). The BT-50 has two ISOFIX/three rear tether child seat restraint points, but there is only one central anchor point for the rear tethers. If a car seat is fitted to the outer seats the tether feeds through a loop and is then secured the central point. With three car seats in the back I think it may become difficult to hook them all on the one central point. The other thing I noticed was there was no chime to tell me when the children undid their seatbelts, only a small display on the driver’s dash.

The Mazda BT-50 is fitted as standard with a range of safety assist features including autonomous emergency braking (AEB), forward collision warning, rear cross traffic alert, lane keep assist (LKA) and emergency lane keeping (ELK) functionality. ANCAP tests of the AEB Car-to-Car system showed GOOD performance, with collisions avoided or mitigated in all scenarios. The vehicle prevented collisions with an oncoming vehicle (turning across path) in some speed scenarios. Overall, effectiveness of the AEB Car-to-Car system performance was rated as GOOD. A lane support system is standard on all variants of the BT-50 and the ANCAP tests of the LKA functionality showed GOOD performance and ELK was ADEQUATE, with overall performance classified as ADEQUATE. The overall ANCAP score for the BT-50’s Safety Assist features was 81%.

All new BT-50s have dual frontal, side chest-protecting and side head-protecting (curtains) and a driver knee airbag as standard. A centre airbag which provides added protection to front seat occupants in side impact crashes is also standard on all variants. All variants come with a standard reversing camera and the XT I drove had rear parking sensors. Only the GT model comes standard with front sensors and I did miss not having these on the ute I drove.

Naturally the BT-50 is high off the ground and I really needed to step up to get into it, which was fine for me but difficult for my children and to help with this running boards would have been appreciated. The other thing I missed was keyless entry; having to find the car key in my handbag every time I wanted to open the BT-50 was a bit annoying. It was such a throwback to have to put a key in the ignition to start it as well.

The XT is the bottom of the line model in the BT-50 range, but considering this is a $50k vehicle I was surprised by some of the features that weren’t included. The XT has a 7-inch full colour touch screen display, but no satellite navigation. Plus the controls for the air conditioning were all manual, including the recirculation open/close.

But all models get wireless Apple Carplay (Android Auto requires USB connection), DAB+ and Bluetooth connection for your phone. I found the Bluetooth to be a bit glitchy on the BT-50 I drove, first it would say it wasn’t connected and when I looked later it was and vice versa.

Many of the plastics on the interior of the BT-50 were hard to touch and all models apart from the GT come with black cloth seats. The front seats in the XT have manual adjustment only with the driver getting height adjustment as well as forward/back and recline, which is all the passenger seat has.

The two cup holders next to the manual handbrake in the centre console are deep and would not be suitable for a regular sized takeaway coffee. At the front of the centre console is an area for your phone with one 12V, one USB and one AUX port. If your phone was placed here it would most likely slide around a bit due to the cubby being made of hard plastic.

There is ample head and leg room for two adults to fit in the back seats and they do get rear central air vents with on/off control and one 12V outlet. The rear seat can also be lifted up so the area can be used for storage. My BT-50 did not have a tray cover so I put the shopping on the back seat, because as a child I have a memory of the shopping bags becoming filled with hay that was left in the tray after feeding the cows.

The tray is a decent size, but the width between the wheel arches is only 1,120mm, so not quite wide enough to fit a 1,200mm pallet. Also it was only painted meaning it would soon become scratched and items would easily slide around in there. To help with this there are four tie down points, but there is no 12V outlet in the tray. The tray on the XT can handle a 1,095kg payload and the BT-50 has a braked towing capacity of 3,500kg.

The ride of the BT-50 was very jiggly and it’s not something I could live with every day. The front suspension has independent double wishbone with coil springs and anti-roll bar, but rear suspension is still a rigid (live) rear axle with leaf springs.

All new Mazda vehicles are backed by a five year, unlimited kilometre warranty plus five year’s Mazda Premium Roadside Assistance. The service intervals for the BT-50 are every 12 months or 15,000kms, whichever comes first. Using the Mazda website I calculated the cost for the first five basic services on the BT-50 XT is $2,340.

The Mazda BT-50 4X4 Dual Cab XT with manual transmission starts at $50,760 plus on-road costs and as tested with front floor mats the price is $50,940 plus on-roads. Visit your preferred Mazda dealer to discover more about the brand new BT-50 range for yourself.