G stands for Great when it comes to the Genesis G70 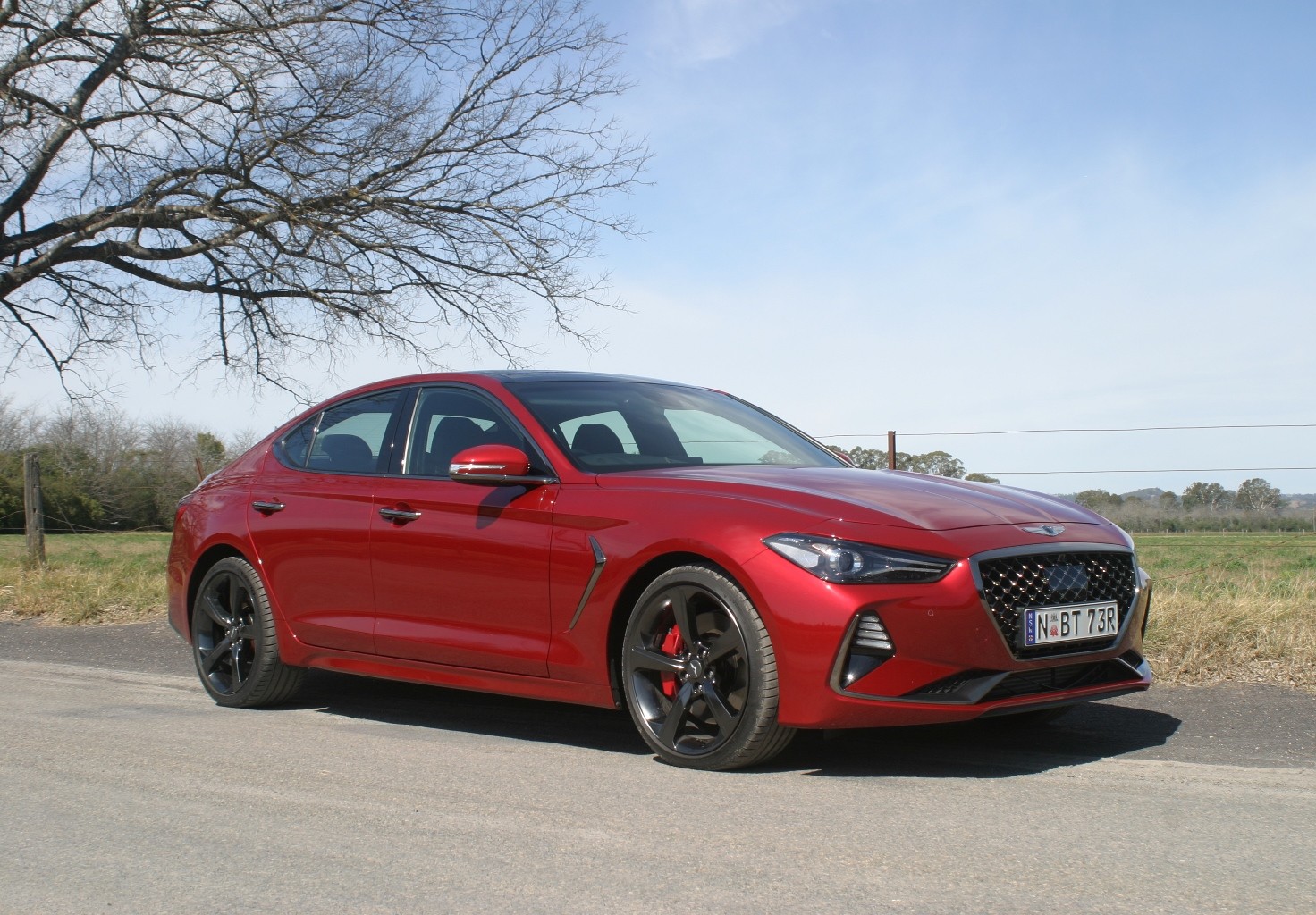 I really liked the Genesis G70; it’s such an unassuming car from the outside and yet once I got in and drove it I was pleasantly surprised by its performance and features. And one of the best things about Genesis in Australia is you don’t even have to go to a dealership to do a test drive or even to buy your car, it can be all done online!

Although the G70 looks unassuming it certainly is not unattractive, especially in the beautiful Havana Red metallic paint and the Mallorca Blue on the G80 I also drove was just as luminous. When you approach the G70 at night puddle lights illuminate to guide you to your car. Once you’re in the G70 you will appreciate the suede-like headliner and the contrasting diamond stitching on the seats and door sills that are Bentley-esque, although the accented leather isn’t soft and certainly doesn’t smell like a Bentley.

The front passengers get 16-way power seat adjustment and when you move your seat a picture is displayed on the multimedia screen so you know what area you are adjusting as this can be a bit confusing when there are so many buttons. The driver’s seat has two memory positions and the passenger seat has none, but both seats are heated and cooled. Conveniently the driver can move the passenger seat forward and back or recline from controls on the right hand side of the passenger seat.

The rear seats have ample head and leg room for adults and two ISOFIX/three rear tether child seat restraint points. The two outer rear seats are also heated for an added bit of luxury for occupants. Rear passengers get air vents with speed control only and one USB port at the back of the main centre console.

There is a familiar 8.0″ multimedia screen in the G70 which is compatible with Apple CarPlay/Android Auto and voice control only works when your phone is connected via USB cable to this. There’s wireless phone charging for compatible devices at the front of the centre console and two USB ports, one 12V outlet and one AUX outlet in the front of the cabin. The Lexicon stereo is good and has Bentley-esque speaker covers to go with the diamond stitching on the seats. One thing that the G70 does lack though is ambient lighting configuration.

The screen is also used to individualise the Custom engine mode that allows you to adjust the Engine/Transmission, Steering Wheel and Suspension between comfort and sport settings. And crucially you can turn off the Active Engine Sound Mode so that there is no aural enhancement fed back through the speakers to imitate engine noise.

In addition to Custom drive mode you also get Smart, Eco, Normal, and Sport modes to choose form. Normal mode is perfectly OK for everyday driving, but when you are in the mood for a bit of fun you can flick this sensible looking car into Sport mode and have the power to give a Mustang a run for its money. Not surprisingly it has a Stinger-like drive in Sport mode and is happy to step the backend out when provoked, but the ESC quickly pulls you back into line.

The official combined fuel consumption is hard to come by with no Australian figures available, but using the official US Government website for fuel consumption the G70 uses 11.8L/100km and for my week I used 10.0L/100km of 95RON petrol. This was better than the Stinger GT I drove previously which used 12.3L/100km.

The G70 is fitted with Brembo brakes to offer a superior braking system among many other safety features. The G70 3.3T Ultimate Sport has head-up display, active cruise control (known as Smart Cruise Control with Stop & Go on Genesis cars), blind spot collision warning, lane departure warning and lane keep assist. The lane keep assist was not as good as other systems I have used and was aggressive with its corrections that can take you by surprise.

The other safety feature that nearly caught me out was the front and rear parking sensors as they default to off so you had to remember to turn them on when you are using them. But when they are on the sensors work well with the 360o reversing camera for making parking easier.

Passive safety features include front driver and passenger airbags, front-side airbags, side-curtain airbags, and a driver’s knee airbag are offered as standard. All variants of the Genesis G70 model range have a 5-star ANCAP safety rating. ANCAP also now include a rating for Child Occupant Protection and the G70 scores 42.6 out of 49 or 86%.

For convenience the G70 boot auto opens when you have the key on you and you run your hand across the top, I found this out when I was washing it. The boot is a good size that will fit the weekly shop and a pram and it has the added bonus of 40/60 split folding rear seats for when you need extra cargo room. It also comes with a space saver spare tyre.

Five years servicing is included in the price of your new G70 and Genesis will come to you and collect your car leaving you a loan car to use and then return your car when the service is complete. How good is that! No time taken out of your busy morning and wrangling children at the service centre to swap over the car seat into the loan car, for me as a parent this is what A1 customer service looks like more car companies should be looking at offering this to their customers.

I took a friend for a drive in the G70 and he is considering buying a Mustang or Camaro he said that he would buy a G70 over either of these cars; mainly because you get all the performance of the V8 with more luxury and better fuel economy. This price is also similar with the G70 3.3T Ultimate Sport costing $79,950 plus on-road costs. So why not click on the ‘Book a Test Drive’ button on the Genesis Australia website and experience this sleeper of a performance car for yourself.