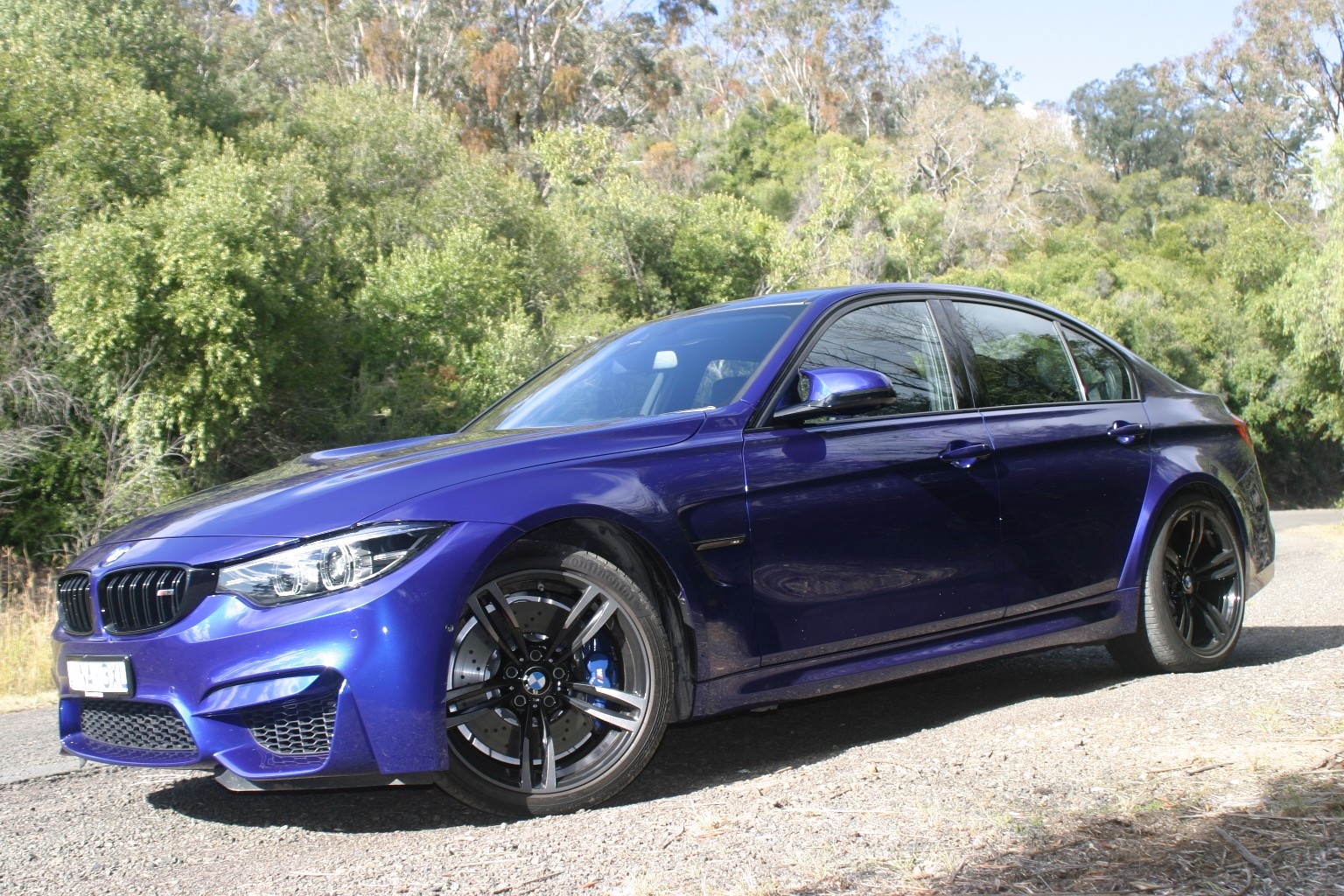 Some cars have a special place in the heart of petrol heads and even just saying their name brings us warm and fuzzy feelings and for me when I hear ‘M’ and ‘3’, I feel that warmth. But when BMW introduced the F80 generation they messed with their vehicle naming regime and the M3 became the M4 and the M3 became a four-door sedan and for me this diminished the lineage of the M3 brand.

Well that’s what I thought before I had the opportunity to drive this generation of the iconic M3. But as soon as I saw that bulging bonnet, flared wheel arches and that oh so special M3 badge, I forgot about all of my misgivings of this car and just wanted to get in and drive it.

Hit the start button and the in-line six cylinder turbocharged engine fires up ready for an adventure on your favourite driving road. Something that has always put me off this generation M3 was the fact that some engine noise is piped through the speakers and for the life of me I can’t understand why BMW did this. I drove the M3 with the windows down to try and hear its natural voice and I liked the song it sang. Sadly this in-line six doesn’t rev like the naturally aspirated E46 M3 and it lacks that raspy-ness as you head towards the 7,500rpm red line, but it still has plenty of character and a nice burble on the overrun.

Rather than having different drive modes that adjust suspension and engine performance the M3 allows you to individually adjust the suspension, 7-speed M dual-clutch gearbox, engine, steering, and traction. Once you have found your sweet spot you can save your setting in one of the two ‘M’ buttons on the steering wheel, one for everyday driving and the other for when you find one of those gloriously twisty roads that were made for cars like the M3.

Driving in the softest suspension setting was comfortable, but still a little stiff and when I put the M3 into its firmest suspension setting the ride was firmer, but liveable. For everyday driving I would recommend for the traction setting to be set on ‘DSC on’. In this setting the M3 is docile, very stable and only steps out sideways slightly under hard acceleration. When you put the DSC into M Dynamic Mode you get the rpm and shift lights displayed in the head-up display and it’s a very different traction story.

I drove the M3 Pure, which is the entry level car in the M3 model line-up. This means it only had the cloth seats with leather accents. I can live with the cloth seats, but the BMW designers who came up with the idea of cut-outs in them clearly didn’t have children. Because I do not know about your kids, but mine were more than pleased that they could poke mum while she was driving, even the sternest of threats wasn’t going to abate them and it really was very annoying! But apart from the holes the seats were quite comfortable and offer side bolstering adjustment to really squeeze you into the seat.

My son didn’t like the design of the rear seats and he complained that the cloth made him itchy. My daughter’s booster seat was easy to fit and like most five seaters the M3 had two ISOFIX/three rear tether child seat restraint points. Rear passengers only get basic dual zone climate control with a dial adjustment for temp and air speed and there is one 12V outlet for the rear passengers. The centre seat folds down as an arm rest with two drink holders and the whole rear seat has a 60/40 folding mechanism for when you need an extra-large boot.

The boot is a good size to start with and would fit the weekly shop and a stroller, putting a pram in would require some creative packing of the groceries. The stretchy net in the boot does a great job to hold your groceries in place even if you take corners a little bit too fast.

The infotainment system in the M3 is dated, but it does have real time traffic information and my M3 was fitted with Apple CarPlay ($623 option). Like all of the BMWs I have driven recently the voice control works well for both making phone calls and entering a destination on the nav. The screen also displays a basic 360o view camera when you are reversing and the M3 also has front and rear sensors.

Under the arm rest is a wireless phone charging for compatible devices ($200 option) and one USB port and at the front of the centre console there are two cup holders or you can place a cover over them to create another phone storage area with another 12V outlet and USB port. To keep you connected the M3 has the basic BMW Connected Drive with BMW Assistance and Concierge Services.

If you are the type of person who is lamenting the continual digitisation of cars then this generation M3 is probably your last chance to buy a performance car that retains some analogue characteristics. The driver’s dash on the M3 still has analogue dials for fuel level, engine temperature, speedo and taco and only a digital display read out for speed, live fuel usage, gear indicator and that beautiful ///M3 badge and it even has a real handbrake.

The M3 Pure comes with only standard cruise control, lane departure warning, pre-collision sensor and blind spot assist. Passive safety features include dual front airbags, side airbags and head-protecting side curtains. The M3 doesn’t have an ANCAP safety rating, but the BMW 3 Series does have a 5-star rating. All new BMWs have a three year unlimited kilometre warranty and three year’s road side assistance.

In part driving the M3 Pure felt like I was driving an M3 of old and that’s so important with an icon car like the M3. But is it a pure M3 experience? Not quite in my opinion, it’s still a great car and up there as one of the best four-door family sedans a petrol mum can have, but some that M3 sparkle has gone.

The M3 Pure starts at $129,529 plus on-road costs and as tested my San Marino Blue M3 was $132,289 plus on-roads. But I have heard of some pretty remarkable deals being offered on these M3s as they are essentially at the end of the model run with the new 3 Series already on sale. Visit your preferred BMW dealer to drive the M3 for yourself and let me know what you think of it.