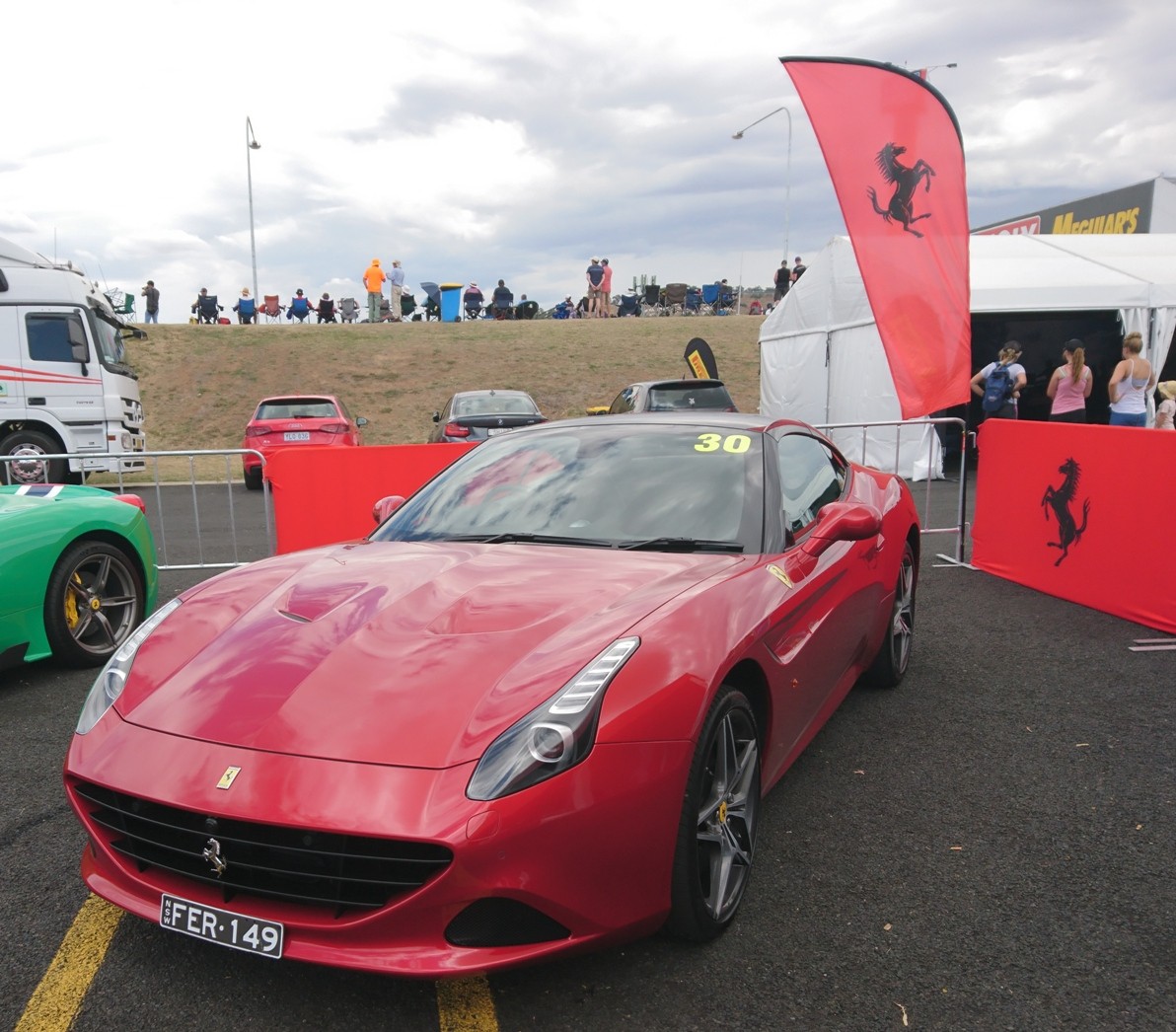 Before starting this review, I have to make a disclaimer. My heart belongs to Ferrari; I love their cars and the passion of their staff, both here in Australia and in Italy. Any day I get to drive a Ferrari is a good day in my books.

The opportunity for this test drive arose after I had the pleasure of introducing myself to Herbert Appleroth, the CEO of Ferrari Australasia who is a true Ferrari fan, just like me. I told him about my blog and my love of Ferrari and he said he would try to fix me up with a test drive over the course of the weekend.

I was so excited; I checked my email more times than I can remember on Saturday and no messages. Maybe he had forgotten about me already? That would be understandable considering how many crazy Ferrari fans he must meet at events like the Bathurst 12 hour.

But sure enough just before lunch on Sunday I received a message that a California T would be available for me to test drive in the afternoon. My first ever invitation to drive a press car and it’s a Ferrari no less, I was stoked!

I started my blog with the sole aim of driving as many exotic cars as possible. My goal has always been to drive a Ferrari and I was told that maybe I should lower my expectations considering I was just starting out and essentially a nobody with big dreams. But that’s not my style, go big I say and you will never die wondering what might have been.

The Ferrari California T is the entry level Ferrari and offers car buyers the opportunity to become part of the Ferrari family once they have outgrown their Porsche, Audi or Mercedes. All I can say that entry level has never looked or sounded so good! 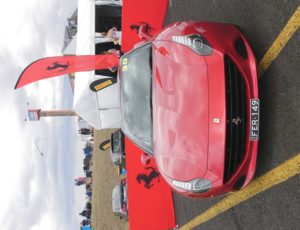 At first glance the Rosso Fucco Cali T looks like a F12 Berlinetta and considering this is currently my dream car I think that is a good thing. The Cali T has a similar swoop down the side and bonnet scoops like the F12. So for me it’s all good in the looks department.

It’s been a while since I last drove a Ferrari, so a quick recap was in order. But there is nothing too complicated to remember really, turn key, press start button, engage first gear with a pull of the right carbon fibre paddle shifter, press accelerator and you’re away.

When I first got into the car I noticed the most recent top speed on the ‘tell no lies’ readout on the left hand side of the dash, 280km/hr! I asked if the car had taken part in one of the track sessions earlier in the weekend and the answer was yes.

These sessions were open to current Ferrari owners who were given the opportunity to drive at speed on the best track in Australia. Something that I long to do also at some point in my life. I’ve done the Nurburgring and Bathurst is the closest thing we get to that in Australia.

My drive consisted of some cruising through Bathurst township, highway driving and what the English would call a lovely B-road. Being mindful that I would like to be offered the opportunity to drive another Ferrari in the future, I just cruised. But still I was able to revel in the sound and power of that Ferrari V8 engine in all its glory.

Naturally the gear shifts are instantaneous from the F1 dual clutch seven speed gearbox. The turbo charged V8 engine offers 412kW@7500 rpm and maximum torque of 755Nm@4750 rpm in seventh gear. This will propel you from 0-100km/hr in just 3.6 seconds.

The two + two seating configuration of the Cali T would mean that small children in car seats could easily join you for your Sunday drive. The seats could accommodate two adults at a squeeze for short journeys at least.

As we came back into Bathurst we pulled over and dropped the retractable hard top roof, which neatly packs away in just 14 seconds. This was my first time on a convertible car and it was a Ferrari! I think I would drive it around all the time with the roof down just to be more connected to that glorious engine note.

The only thing that would prevent this in Australia anyway is the blazing hot sun. It was over 35°C in Bathurst and cruising with the roof down would result in you being redder that the Rosso Fucco paint in a matter of minutes.

I was so excited about getting this test drive that I forgot to get interior photographs of the car. But trust me; it’s all lovely, beautifully upholstered leather with lashings of carbon fibre for that race car feel.

While out on our drive I had the opportunity of explaining to my co-driver from Ferrari my whole ethos about getting more women excited about cars. And if car companies, like Ferrari, could tap into the underrepresented market of female purchasers then they would see an increase in sales.

When you consider that purchasing a car is the second most expensive thing a person will buy in their lifetime, behind a house, it will most likely be done in consultation with your other half if you are in a relationship. I imagine that many, mostly men, would have some considerable negotiating to do in order to convince a non-car loving partner that buying a $500,000 Ferrari for example is not such a silly idea after all.

Ferrari New Zealand have already figured this one out and offer women only drive days to foster that love of the Prancing Horse. I think that Ferrari in Australia should also give this idea a go and I would happily put my hand up to attend and report on its success.

Although I’m in no situation to purchase a Ferrari, I still have this conversation with me husband on the basis of ‘what if’ we won lotto. He has said I can only have one Ferrari and we have to win more than $5million. 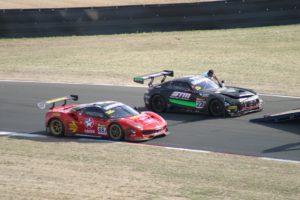 Having the opportunity to test drive the Ferrari California T is the achievement of a significant goal for me and I would like to sincerely thank Herbert Appleroth and the team at Ferrari Australasia for allowing me to do it. I look forward to testing the family friendly credentials of the GTC4 Lusso in the coming months, as does my seven year old son.

Finally, congratulations are in order for the Maranello Motorsports team who took pole position and the victory on Sunday in the Liqui Moly Bathurst 12 hour race with the Ferrari 488 GTB.